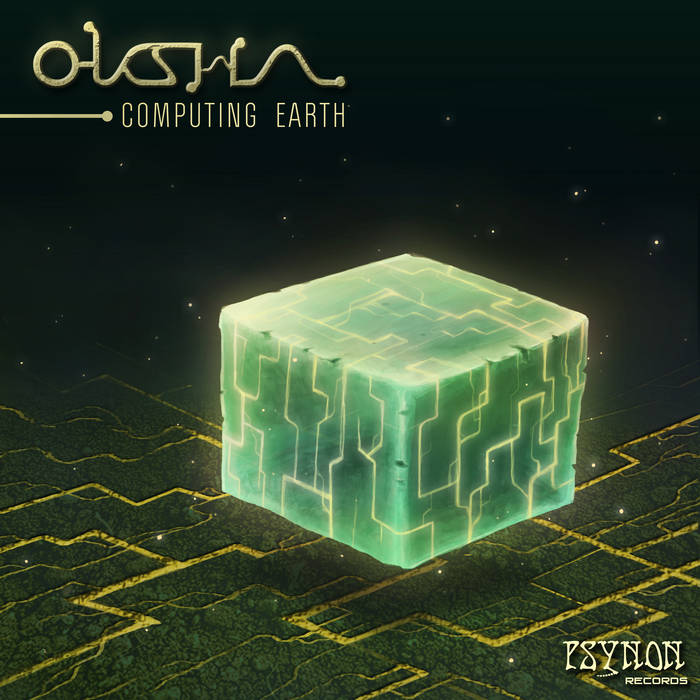 Computing Earth is the second EP from Mexican producer Oksha.

The EP tells the story of Earth; how its been computed, created, lived on and understood. A tale told by the universe to understand itself.

The release kicks off with a crescendo of complex synths interacting with each other to create the intro track 'Computing Earth' which builds a rich world aligned to pure harmonies, like an ominous gong.

In 'Setting Ground', the tone darkens, but the power and groove intensifies. Oksha achieves this with explosive yet compressed basslines, and polished transitions that masterfully bend the soundscape.

The trend follows its grim outlook in the collaboration track 'The Biggest Gap' with fellow producer Gadikt, a new artist from Mexico that has picked up on the art of psychedelic trance with exponential speed.

The EP reaches its crescendo with a more melodic and vibrant track , 'Part Machina', a collaboration with Psydewise. The track maintains the power and groove that has been built up, and offers a metaphor for the beginning of the universe.....

All tracks written and produced by Tomás Boils except tracks 3 with Eugenio Samano & track 4 with Sam Gamgee.

Psynon was formed in 2007 when a group of DJs all sharing similar tastes in music and psychedelia, met whilst partying at the underground psytrance parties in London. Initially Psynon started as an event night and naturally progressed into a record label in 2011 and when Psynon Records was born!!

Bandcamp Daily  your guide to the world of Bandcamp

outré black metal, with a Victory Over the Sun interview and music from Liturgy and Jute Gyte.